Pistachio trees originally come from the Middle East, Persia (Iran), Syria, Turkey, and Greece where dry lands and desert climates are available. Pistachio trees have been cultivated for more than three thousands...

Iranian Pistachio kernels normally come from two types of pistachios, closed shells pistachios and open shell pistachios, and kernels can be from any type of Iranian pistachios. These are taken through shelling...

The main producers of raisins are divided into three countries, the first producer is United States of America with 412,770 MT, second producer is Turkey with 320,000 MT and the third largest producer of raisin....

It is one of Middle East and south Asia species fruits. Almond originally comes from genus Prunus, and the fruit of almond is considered as a drupe, which consists of, an outer hull and a hard shell that the...

Dried Fig is another member of dried fruits and nuts family, which is originated in western Asia and later expanded in the Mediterranean. According to Harley in 1985, Initially figs come fro from a tree...

Archaeological evidences show that the planting of Palm in Iran near the former Shoosh at the civilization of IIami was prevalent about 6000 years. At Sassanidera time palm was found in the southern places...

The delicious Pistachio Nuts. This is the nuts can be described as delicious and time consuming, but if you have the patience the effort is well worth it. Pistachios are full of energy and bursting with flavors. Where do they come from? The world's biggest pistachio producer is Iran. They say money does not grow on trees, but this tasty cash crop comes pretty close. Over two million people work in pistachio business in Iran, many of them in the plantations. The autumn harvest produces 200,000-300,000 tons every year. The Pistachio grows as a soft nut inside a hard shell, when they are on trees they look like grapes. The nut can be eaten raw and its felt to be delicious, however they do not travel very well which is why the most of pistachios you eat in Europe are dried. Once the raw pistachios are reached the production facilities they need to be separated from the husks. 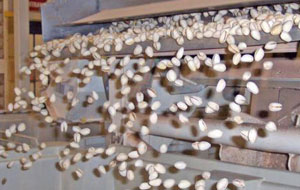 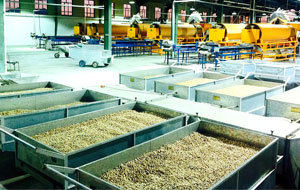 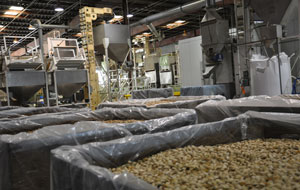 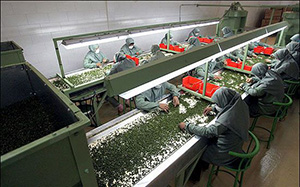 These Machines can sort around 80 tons of pistachios. First the pistachios are on through grinders to break the external husks. This is then shaken off to separate how chaff from nuts themselves.The pistachios then are bumped over a served to knock off and determine its husks.

The next machine pokes the pistachios with tiny needless. Pistachio shells have to be opened so people can get to the kernels inside. Close shell pistachios are rejected. Sometimes the needles miss bad pistachios but then these ladies help to catch the corporate that slipped through.

For the domestic Iranian market pistachios are spread out in the sun. It takes about two days to dry them out. However global demand means some produces use some driers machines, which speed up the process to 20 minutes. 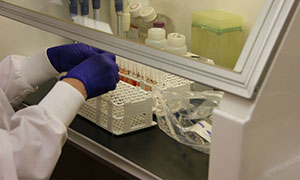 Before pistachios can leave Iran they need entirely checked. Pistachios can be spoiled by a fungus, which produces poisons, which is called Aflatoxins. They believe to cause hygienic or cancer causing. Once pistachios are checked and stated as Aflatoxin free, then pistachios can be sent to packing department and will be ready to be sent anywhere in the world.

Rasha Pistachio Company (R.P.C) is focused on being a client-centric company, continuously ensuring that every process is carefully studied, to achieve a high-end result. All required testing are undergone in the laboratory in order to meet the requirements on the country of destination of the client, including Aflatoxin Certification.

Non-uniformity of variety: The percentage of round pistachios in a sample of long pistachios or vice versa.

Non-uniformity of Size: Ratio of the total weight of the 10 largest nuts in a sample of 100 nuts to the weight of the smallest 10. 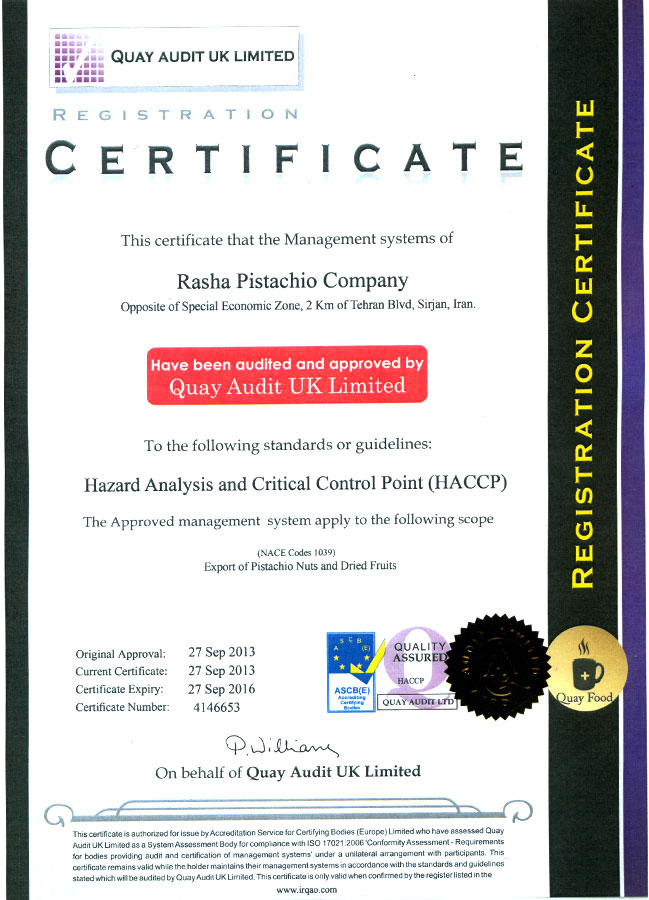 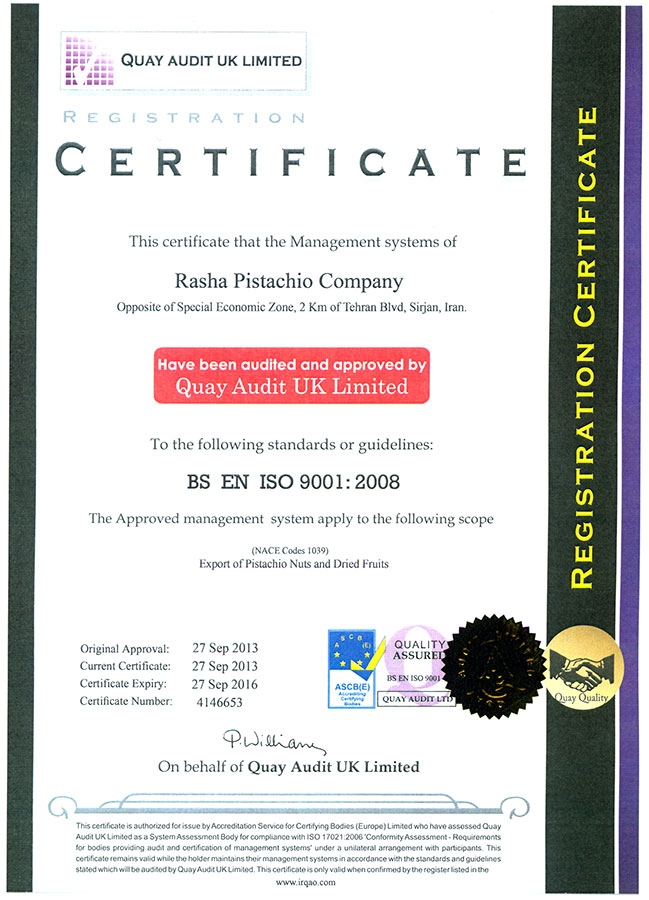 In terms of volume of Iranian pistachios, Iran exports less than its potential due to some internal and external constraints. Internal challenges are essentially management process problems which are:  traditional methods in production and harvesting process, lack of modern irrigation and preservation system as well as shortage of capital and enough investment scarcity in marketing processing industry. On the other hand external challenges exist, such as (Mlhorta, 2008, p 362):

The third problem specifically belongs to Iranian pistachio exporters, which is the lack of marketing and indirect relation with international buyers. Rasha Pistachio Company has created some different platforms for the international buyers who want to have access to the decision makers and want to meet and discuss their concerns in person by having an office in Dubai, London and annually we participate in different exhibitions and trade shows around the world in order to meet and have reunions with the clients, as well as promoting Iranian pistachios and meeting new clients.